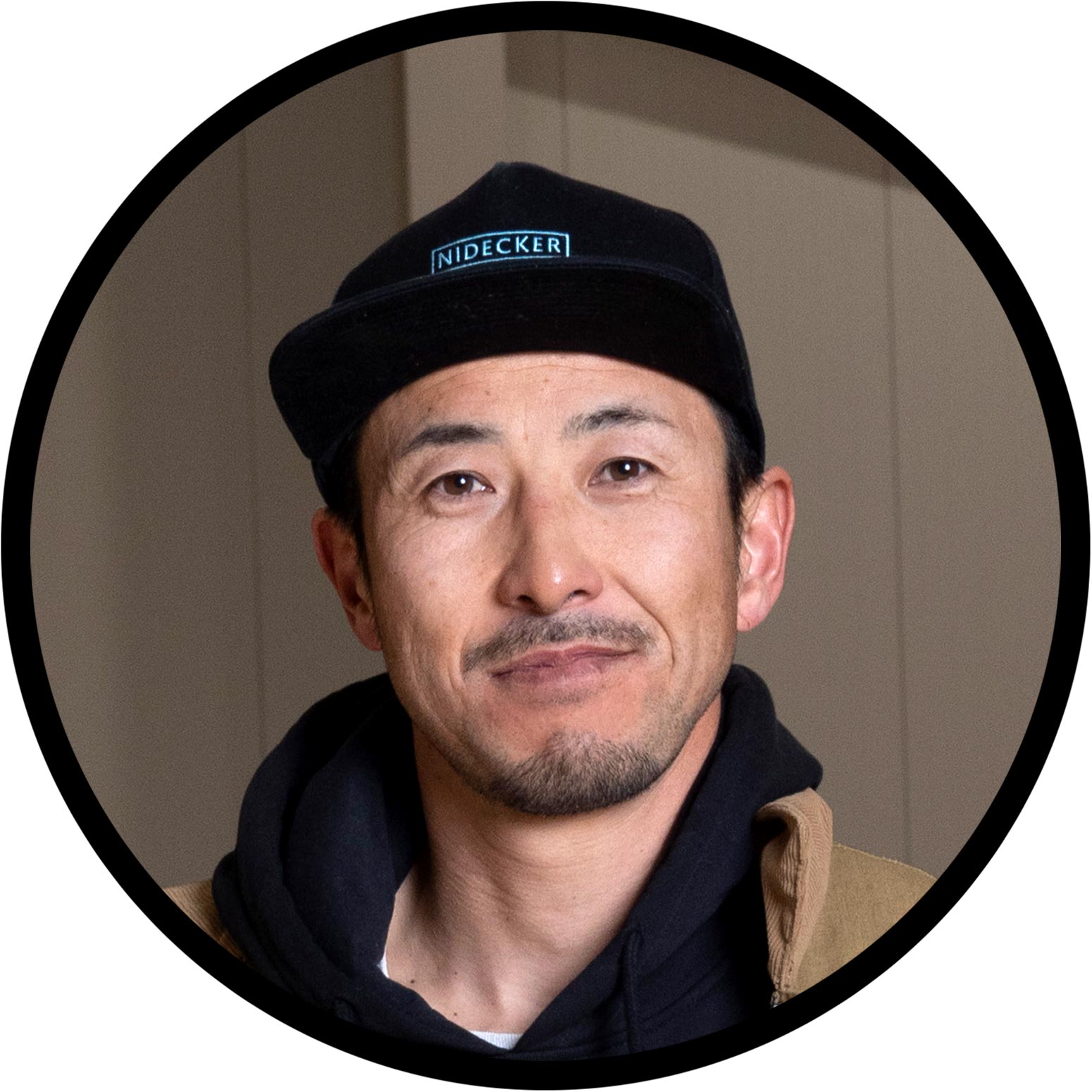 Born in 1982, I grew up in Nagano, Japan surrounded by great nature. During my childhood, I often played outside sledding and skiing in the forests. I started snowboarding at the age of 12 and quickly fell in love with it. I found snowboarding so profound and cool, and decided to become a professional snowboarder dreaming of snowboard life in foreign countries. In 2010, I was invited to The World Heli Challenge for the first time and won the second prize as well as winning a prize three years in a row. Gradually, the opportunities to snowboard in the overseas especially in the U.S. increased and repeated the trips to Alaska which was one of my dreams. As for some of my other tournaments achievements, I got the wild card to enter the Freeride World Tour 3* event in 2017 finishing second, behind Travis Rice, and in 2021 took first prize at the Toyo Tires Freeride Hakuba 4* FWQ. I would say my turning point was when I participated in the film of RedBull Media House, The Fourth Phase. I learned a lot from the top-notch creators. After they released The Fourth Phase, Travis created my movie, IKIGAI portraying my living as a Japanese snowboarder. These experiences led myself and my team to create MIND The Snowboarding movie on our own. Looking back my life, how I become today as a professional snowboarder is deeply relates to the encounter with Mike Basich. He inspired me in every way - the way of life. Learning from him, I am recently into building tiny houses and built the first one in 2021 on my own and enjoyed travelling around Japan with it.

TELL US ABOUT A STAND-OUT MOMENT FROM YOUR SNOWBAORD CAREER.

It might be,3times podium in World Heli Challenge. or being able to join the shootings and snowboarding in Alaska for 7 years as a Japanese professional snowboarder.

WHEN YOU'RE NOT SNOWBOARDING, WHAT DO YOU LOVE DOING?

WHAT'S A PIECE OF ADVICE YOU WISH YOU HAD WHEN YOU STARTED OUT SNOWBOARDING?

No advice because I have been doing what I love and worked well! ;)